Some Facts About the Tasman Peninsula

There is much more to the Tasman Peninsula than just the Port Arthur Prison, so I headed off to document some of it for you.

In further posts I will be looking at some of the weird and wonderful points of interest including: Eaglehawk Neck dog-line, Convict Coal Mine, Australia's First (convict powered) Railway, the Federation Chocolate Factory and Unzoo, along with the towns of Nubeena, the largest town on the Tasman Peninsula; Eaglehawk Neck and Taranna - as well as details of the many available caravan parks, RV and tent campsites, so it would be well worth your time to bookmark this blog for future reference.

Lying to the south and west of Eaglehawk Neck, the Tasman Peninsula has an area of 660 square kilometres and population of around 2,200 permanent residents.

Given that there is an overload of information around on Port Arthur I will concentrate more, in this series of posts, on the rest of this exciting and colourful region.

The aboriginal inhabitants of this area, prior to European arrival, were the Pydairrerme people.

Their territory was what is now known as the Tasman and Forestier peninsulas.

The Pydairrerme people were a part of the larger Paredarerme language group, whose territory covered a large area of the east coast of Tasmania.

The Reason for European Settlement

The first European settlement of the peninsula was Port Arthur in the early 1830s and was selected as a penal settlement because it was geographically isolated from the rest of the colony, but more easily reachable by sea.

Its inaccessibility was enhanced by having Eaglehawk Neck lined with guards and guard dogs, to prevent the escape of any convicts.

A small number did escape, however, including the bushranger Martin Cash.

It also had excellent supplies of timber for shipbuilding and general construction work, as well as stone, clay, lime and coal and was was close enough to Hobart to allow for a viable settlement and a deep sheltered harbour, where visiting British warships could be repaired.

Agriculture, forestry, fishing and tourism are now the area's major industries and it is a base for the local crayfish, salmon and shellfish industry.

The Tasman Peninsula region has a broad range of accommodation options that include two tourist parks along with a number of RV and tent only campsites and a list is available in  Tasmanian Freedom Camping Locations Series (in PDF) in Tasmanian Travel Guide's website.


NOTE: Clicking on 'coordinates' will take you to the appropriate Google map.


I chose the White Beach Tourist Park as my base for this series for its convenient position on the western shore of the peninsula. 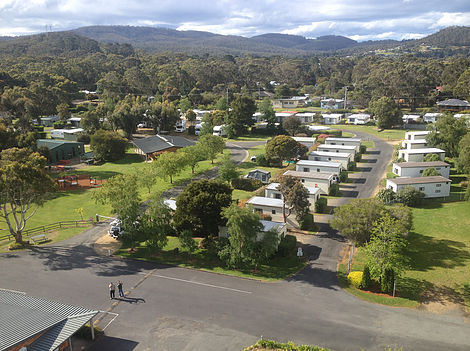 
The campsite is suitable for tents and caravans and facilities include toilets, limited picnic tables and fire places. The campsite has a set fee (currently $13 a couple)

Take your own water and firewood and as the area is prone to fire bans at short notice during warmer summer months, a fuel stove is recommended for cooking.

Suitable for self contained RVs and caravans, this site costs $20/ night with $10 redeemable on bar.

Suitable for RV, caravan and tent; bookings are necessary. Toilets and fireplaces are provided while hot showers and wood are available for a small fee.

A gas barbecue in available in the day use area.

National parks pass required and is available from caretaker, (24 hour park passes available at self-registration box near campground information board)

Witness the darker side of the Port Arthur Historic Site with this great value, Port Arthur ghost tour. Over the course of the 90 minute tour, join your expert, experienced guide on a journey into the heart of the Port Arthur site while telling you stories of the many historical and legendary occurrences that have taken place during the tumultuous history of the area.

The peninsula forms part of the South-east Tasmania Important Bird Area, identified as such by BirdLife International, because of its importance in the conservation of a range of woodland birds, especially the endangered swift parrot and forty-spotted pardalote.

Click here to show all posts about the Tasman Peninsula

Posted by Robin Cartledge at 10:48 PM

A Cheapskate's Guide to Exploring Tasmania By Car 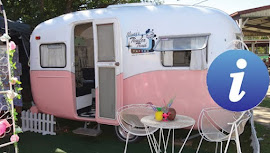